What are the Common Stepper Motors Fault Codes? 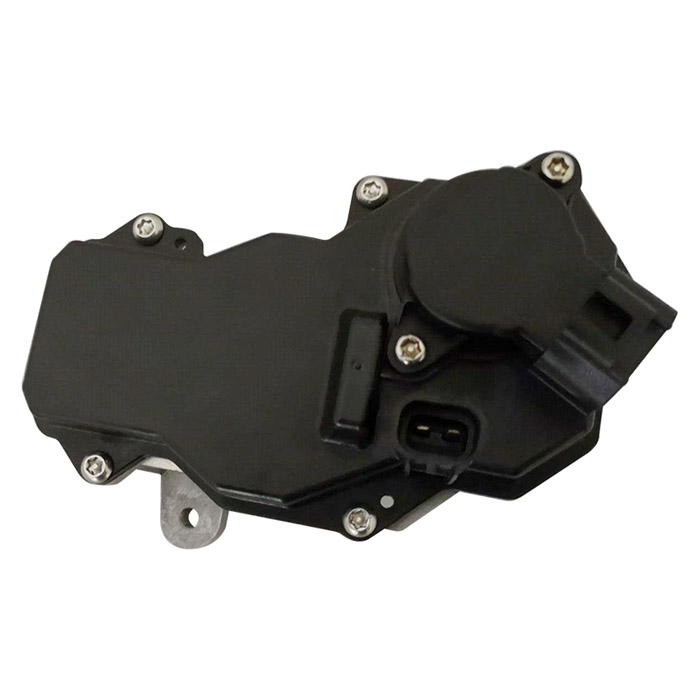 With this code, it’s a good idea to check resistance across the actuator to see if it has an open circuit.
An open circuit (current not able to flow through), usually means the stepper motor actuator will need to be replaced.
If you’ve run the vehicle through deep water recently, this could create such a problem.

This code indicates an issue detected in control of variable vane geometry. So, this could mean performance is out of range, or the position sensor is not within spec.
Essentially, the actuator has detected incorrect vane positioning for a specified amount of turbocharger boost.

Symptoms of the P2363 Fault Code include:

Diagnosis of the P2363 Fault Code

It is a good idea to check the vanes and assembly first. Check by removing the actuator arm from the lever on the side of the turbo’s turbine housing, moving the lever side-to-side.
The lever should move freely through full range with little resistance.

If there is moderate resistance through the entire or incomplete range movement, it may be remedied with the turbo in-situ. This is achieved by hooking the vehicle to a specialized soot cleaning machine.
The machines are capable of running a solution through the engine that breaks down carbonized build-up, expelling build-up as vapor only.
It will clean from the beginning of the induction system, to the tip of the exhaust.
Unfortunately these machines are not found everywhere, are expensive, and can take 4 hours to run the full cleaning cycle.

Also, they may not fix a turbocharger VNT assembly that is heavily coked, and hence completely jammed. This point is especially valid when the carbon build-up has been so fierce and pressured, as to create small ‘pitting’ damage to the vane surfaces.
In such cases, it is best to remove the turbo, clean the manifold, and check and remediate the issue creating the excess carbon.

Then replace the turbocharger, as rebuilding a turbocharger and vane assembly will cost more than one of our new Aftermarket Turbochargers.
You will also benefit from our exclusive 2 year warranty on our new Turbochargers, as opposed to the 3 or 6 months usually given on rebuilt turbos.

If the fault is not due to the above issues, check the stepper motor wiring harness for broken or shorting wires.

And if none of the above problems are present, a replacement Electric Actuator Stepper Motor may fix the issue.
But once the issue is deemed as resolved, clear the ECU fault code and retest to affirm problem resolution.

This fault code is thrown by the ECU for Turbocharger Boost Control Valve/Solenoid/Motor Circuit Range/Performance.
Manufacturers have a variety of definitions for this fault code. But most commonly, it’s associated with an out of range reading in the turbocharger boost-control circuit.
And usually shown as: ‘P0046 Turbo/Supercharger Boost Control ‘A’ Circuit Range Performance’
The “A” indicates the problem within a portion of the system circuit, instead of an exact symptom or component.

Symptoms of the P2363 Fault Code include:

Diagnosis of the P0046 Fault Code

First, check the wiring to and from the boost sensor for damage and loose connections. Then, inspect the Turbocharger and sub-systems for air or vacuum leaks at hoses, flanges and gaskets. And what if your vehicle has a pneumatic vacuum (mechanical) actuator and is a variable vane turbocharger(VNT)? Also check that the wastegate solenoid valve is operating correctly. If not, just try replace that component first.

If all looks ok, run a test on boost-pressure whilst the vehicle is running at usual operational speeds. Factory boost pressure for unmodified turbochargers range from around 9 – 12 Psi. Boost pressure should not significantly spike (over-boosting), nor drop quickly.
Finally, check the operation of the variable vanes as described above in “Diagnosis of the P2363 Fault Code”.

And if none of the above Turbocharger Electric Actuator Stepper Motor Fault Codes are present, a replacement Actuator may fix the issue.
But once the issue is deemed as resolved, clear the ECU fault code and retest to affirm problem resolution.

If you find that you require a replacement Turbocharger Electric Actuator Stepper Motor, we stock a range at extremely affordable prices, all with our exclusive 24 month warranty.

And if you have any other query on matching turbo parts for your vehicle, please feel free to contact our sales support on: 0490 059 316.

We supply aftermarket turbochargers to replace: