The 1VD-FTV engine was first fitted as a single-turbo variant and first sold in Australia from early 2007. It was fitted to the 70-series Land Cruiser range.
This was a single Garrett GTA2359v turbo like available here, but it is not the focus of this page.

A twin-turbo variant was introduced in September 2007 and fitted to the 200-series Land Cruiser Wagon.
The twin set up is originally an IHI OEM turbocharger with an asymmetrical left and right side configuration.

Some 200 series owners have complained about problems relating to excess oil use with twin turbo 200 Series.
Some of this appears to relate to faulty oil system components. With indications that vacuum pumps and problems with the oil strainer blocking could be at fault.

Others believe excess oil consumption may be the fault of the seals in the IHI turbochargers.
We don’t think this is a particularly valid reason, as Turbocharger ‘seals’ act in much the same way as piston rings. Seals only allow excess ‘blow-by’ when they are heavily worn at high mileage.

The MAIN reason Turbos Fail on the 200 Series Land Cruiser

Excess oil use aside, more serious turbo problems appear to come from dust ingress into the IHI turbochargers.
More specifically, the left side (from driving position) turbocharger appears to be more prone.
And ‘dusting’ appears less of an issue on the right side turbo, or driver’s side turbo.
Vehicles driven in more remote areas on unsealed roads, like those used in the mining industry, are more prone to this foreign object damage (FOD).

If you own a 200 series diesel V8 and it has been used like this, there is a high possibility the turbo may already have FOD. It may not exhibit any symptoms just yet.
Due to its position, the right-side turbocharger is less likely to suffer this acute FOD than the left-side.
However, if one of the turbos (e.g. LHS) has to be replaced, then it is recommended best practice, to have both turbochargers replaced at the same time. But it is not entirely necessary, and often dependent on your financial situation.

Air Filters & the Good Oil on the 200 Series Land Cruiser

Below is some brief advice on how to prevent the turbo problems.

You will also find a more economical choice to remedy the Land Cruiser 200 Series V8 IHI turbo problems mentioned above.

These ‘dusted’ original IHI turbos are more likely if the original OEM Toyota air filter has been removed and replaced with an aftermarket one.
In this case, it appears that an aftermarket filter system is not better.
But the OEM filter will not necessarily completely cure the issue. However, anecdotal evidence suggests it may slow the problem occurring.
So perhaps consider changing back to OEM filtering and perhaps change the air filtration system on a more regular basis.

As always, engine sludge build-up, can be a contributing factor in turbocharger problems.

It might be worth doing a full service before the usual 10,000km mark on the Land Cruiser 200 Series V8, to protect that dual turbocharger system.
And most critically, change the oil AND filter at EVERY service, the air filtration element, perhaps every few services.

Neither under or over fill the oil sump. An over-filled sump creates higher pressure that pushes against the oil flowing out of the turbo oil dump lines.

And it is an absolute requirement, to have oil and filter and air filter changed when a new turbocharger is installed.

The above outlines some Land Cruiser IHI Turbo problems, and some ways to help prevent the issue re-occurring. 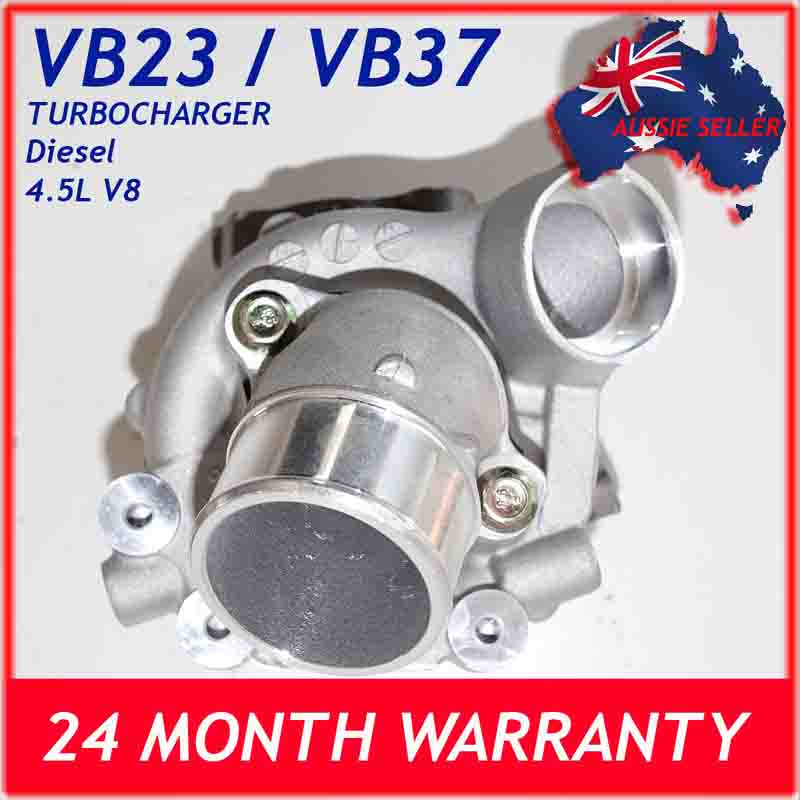 If you currently have a Land Cruiser 200 Series Diesel V8 IHI Turbo that needs replacing, we supply very cost-effective suitable after market replacements for both left and right turbos.

BUT, if you do a lot of towing, or would like some extra power for overtaking on the open road, we highly recommend our High-Flow Billet Upgrade Turbocharger Pair (left & right), sold at a significant discount to single unit prices!
(We have actually made it cheaper for you to buy the Upgrade BILLET pair, than 2 single L & R standard units!)