Why Change your Turbocharger?

Upon failure of a turbocharged vehicle, the turbo is often suspected to be at fault.
However, it is critical when turbocharger troubleshooting, to make sure that other factors affecting the engine and turbo are looked at. Examine the issue in a holistic way rather than just immediately focusing on the turbo only.

Where failure of new turbochargers are concerned, manufacture processes have built-in, comprehensive checks and balances for quality control(QC). All of our turbos are electronically VSR balanced and QC checked before they leave the factory. It is unlikely that a turbocharger leaving the factory after QC should fail immediately upon install.
In the event of new turbocharger malfunction, the turbocharger is often suspected to be at fault and is replaced, only to suffer a subsequent failure of new replacement.
Investigation into cause of failure then reveals the actual reason for failure is not the turbo itself.
It is a costly and frustrating sequence of events, so to save time and money, please read on.

For current, aged installs, the main reason for swapping out a turbocharger usually relates to wear. Depending on installation, maintenance and driving factors or environmental conditions; a turbo can last the entire vehicle life or at an extreme, as little as a few months (usually due to incorrect installation procedures). 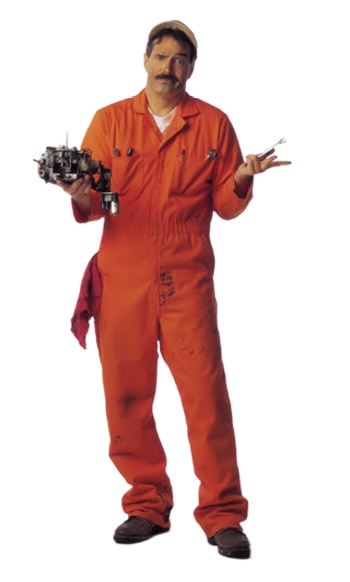 Wear usually becomes apparent by excess noise, lack of boost or exhaust smoke. Any excess noise when due to wear (and not from air or exhaust noise when leaks in gaskets and seals) is often from the bearing(s) and / or compressor wheel (less commonly from the turbine side). Wear in bearings or a mis-balance in the compressor wheel can produce excessive radial play in the rotor whereby the wheel is off axis and makes contact with the barrel of the compressor housing. This can be heard often as a higher pitch noise.
Abnormally fast wear or failure soon after install is most likely due to dirty oil and impurities or low pressure oil supply to turbo and or high pressure in oil drain to sump. (see below discussion for more information on seal leakage).

To check excess play, remove the air intake tube between the air filter and the compressor and gently wiggle the compressor wheel to see if there is excess play. There is commonly a few millimetres of play / tolerance, but where shaft moves enough to contact housing and ‘scraping’ is visible, this indicates wear. The turbo should be replaced immediately in such conditions.

Lack of boost can indicate general wear in a turbo, especially if it is a variable vane turbo and there is wear in the exciter ring that controls the vanes and hence the boost produced. Other reasons for general issues involving low boost, include vacuum or wastegate or air pressure issues due to air or gas leakage etc.
Low range rev issues or rough running is more likely to relate to an Air Flow Meter if one is fitted to the vehicle.

Excess smoke may not be related to a turbo issue, but may indicate general engine wear and tear (especially piston rings/ cylinders). This is especially where smoke is a blue-ish colour – the oil is being burnt in the engine and coming out the exhaust.
A grey-ish colour can indicate oil being pushed out seals in the turbo and heating in exhaust system on way out. Both conditions are usually confirmed by excess oil use and the need to top up the engine sump for lost oil. Once again, under such conditions, if it is an old turbo, it is highly recommended to replace the turbo.

Of all problems encountered with turbochargers, oil leaks are a relatively common issue. Often the problem is not in the turbo itself, but rather a peripheral maintenance or turbo installation issue.
Oil may be seen inside the turbocharger, inside the compressor or turbine, on either side of these respective housing seals.
The seals function foremost to prevent pressurized vapor from turbo operation from entering the engine crankcase. Secondarily these seals they act to prevent oil escaping the centre housing (CHRA) and into either the compressor or turbine side of the turbo.

A change in pressure due to air restriction or air leakage can cause the drawing of oil via vacuum into the housing of the compressor. Restriction can be caused increasingly by a dirty air filter if it is not changed regularly.
A more common cause is blockages or incorrect pressures in the oil feed or drain line causing oil to breach the seals on the compressor side of the housing. This can force oil into the inter cooler (if installed) and cylinder head. See below for further causes.

Oil leaks on the turbine side are a more obvious symptom as oil leaving the turbine will heat in the exhaust system and produce excessive smoke at the tailpipe, sometimes seen as a greyish colour. It is often mis-diagnosed when turbocharger troubleshooting as a seal problem.
A few reasons for this include wear in the engine such as rings or cylinders, blocked oil drainage pipe or blocked oil sump ventilation / crankcase breather.
In the case of blocked drainage or sump ventilation, the fault may be due to internally damaged or kinked drain lines or pressure build up in the crank case due to poor ventilation or over-filled oil sump.

For new turbos, likely causes of failure include foreign matter entering the compressor after install due to small (or large) particles of debris left loose due to removal of old turbo and / or air filters and hoses.
Or the turbo is not correctly primed at install and hence bearing completely fails or useful life of turbo is dramatically reduced. Oil leaks are often caused by install faults or operation and negligent or incorrect subsequent maintenance.
Extreme failure can include shaft breakage due to one or more of the above issues.
These are a few of the most common problems encountered, that have nothing to do with an actual manufacture fault of the new turbo itself.

Checking the Vehicle and Peripheral Systems

As turbocharger troubleshooting is as much about the vehicle (and turbocharger installation) as the turbo itself, there are a few things to check peripheral to the turbocharger itself when diagnosing an issue:

1) Make sure all pipes and air filters are clean and seals or gaskets are air-tight.
2) Make sure all oil lines are in good condition, and free from damage (especially internally where it damage may be less obvious).
3) If a valve exists in the oil line to check oil from seeping back into the turbo, make sure that valve is operating correctly.
4) If the system has an oil scavenge pump make sure that it is operating and drawing oil correctly.
5) Where no pump exists, make sure the return oil line has its entire length sloping vertically towards the drain.
6) Make sure oil drains back to the sump unrestricted to a port that is above the level of oil in the sump and / or that the oil sump is not overfilled.
7) Similarly crankcase pressures must remain low to allow oil back in from the return line, so any blockage to the ventilation system in the crankcase may create a pressure build up. This could force oil back up the return line and into the turbo, breaching the seals. Check that the crank case is breathing properly.

Further, you may find the following reference materials by BorgWarner handy in diagnosing issues: